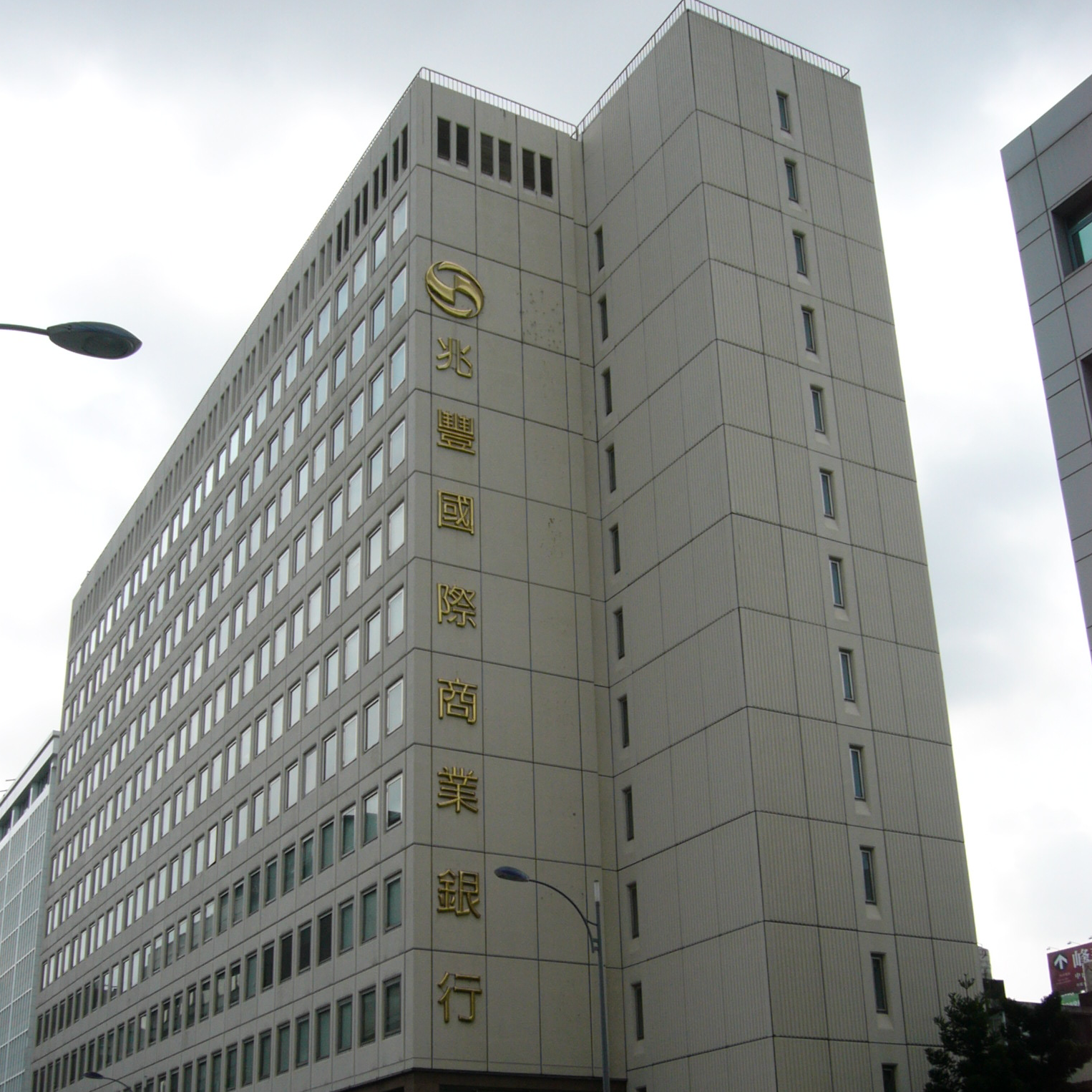 It appears that the unfolding Mega Bank scandal could be a severe scandal for both sides of the political spectrum in Taiwan. The largely state-controlled bank’s New York branch was slapped with $180 million fine by the New York State Department of Financial Services in late August after with failures to crack down on money laundering operations in connection to Panama Papers revelations. Mega Bank is Taiwan’s third-largest financial service provider on the basis of assets and the bank specializes in foreign exchanges.

Charges are that the bank may have turned a blind eye or aided in cases of money laundering, with a number of the bank’s clients consisting of shell companies formed by Mossack Fonseca, the firm implicated in the Panama Papers. Mega Bank is alleged to have been warned by the New York State Department of Financial Services in 2013 about its actions but continued anyway, this despite initial claims by Mega Bank that the fines occurred because it did not properly understand American law well enough. Thus, Mega Bank may have continued with its actions in blatant disregard of the law. Similar allegations against Mega Bank exist from 2009 in Australia and 2010 and 2012 in Panama. A new investigation into Mega Bank by the Panamanian government has also been launched following the fines by the New York State Department of Financial Services.

The Mega Bank scandal may be one of the first occasions of the Panama Papers leaks having led to a significant public scandal in Taiwan. The Mega Bank scandal has come up most frequently in connection to recent legislation passed by the Legislative Yuan to crack down on illicitly gained party assets of the KMT, with the possibility of money laundering by former President Ma Ying-jeou. In particular, Ma’s wife, Christine Chow, was formerly legal counsel for the bank before stepping down in 2008 because of potential conflicts of interest. Chow also served a high-level position at the bank’s charity branch.

Rumors aside, this would raise the possibility of a Chen Shui-Bian style scandal regarding charges of money laundering with the aid of family members directed at Ma shortly after the end of his presidency, which would no doubt precipitate a political crisis. Such a crisis would not only be for the KMT, but also for the DPP, which has delicately tried to avoid the image of political persecution of the KMT while also needing to address longstanding matters of the KMT’s illicitly gained party assets dating back from the authoritarian era and transitional justice regarding past actions of the KMT during the White Terror. It is very possible, for example, the Tsai administration would rather avoid charging Ma even in the case of corruption on his part in order to avoid the appearance of politically persecuting the KMT.

However, the Mega Bank scandal may also be damaging of Tsai’s DPP administration regarding state-owned and privately state-owned enterprises in Taiwan. Mega Bank was privatized in 1999 but remains one of the numerous murky institutions in Taiwan which are ostensibly private in nature, but partially or majority owned by the Taiwanese government and in that way still deeply wedded to the state. With 8.4 percent of share ownership by the Ministry of Finance, the Taiwanese government is the largest single investor in the bank, and the bank is generally thought of as government controlled. Mega Bank is the banking unit of the Mega Financial Holding Company, a financial holding company which is also largely state-run. As the largest shareholder, the government occupies seven out of thirteen seats at the board of directors of Mega Financial.

The Ministry of Finance has interceded in defense of the bank, stating that it views the $180 million fine as too high though it, of course, is not a neutral party to this matter. Likewise, it is known that the fine issued by the New York State Department of Financial Services was originally higher, but the amount was talked down after negotiation by Perng Fai-nan, governor of the Central Bank of the Republic of China, Taiwan’s central bank administered underneath the Executive Yuan. Perng is thought of as a figure close to then-Mega Financial chairman Shiu Kuang-si.

Given such state ties, it is not so surprising that under a KMT administration, the bank may have been involved in money laundering on behalf of the KMT. But the issue of the Tsai administration is that given the strong state connections of Mega Bank, it may too have acted in defense of Mega Bank and the Mega Financial Holding Company.

Mega Financial chairman Shiu Kuang-si resigned on August 31st as a result of the scandal, after having been named to the position some twenty odd days earlier on August 11th. The fine regarding Mega Bank was issued approximately a week after his term began. Shiu served the shortest term as chairman of the group in history and formerly served as CEO of Mega Financial in 2012 to 2014—part of the period of time being investigated by the New York Department of Financial Services.

Shiu was named to the position by Premier Lin Chuan after the resignation of previous chairman McKinney Tsai, who had previously wanted to resign in March and reportedly asked to resign over ten times in the six months afterwards, but was not allowed to by Minister of Finance Chang Sheng-ford because this was seen as being too close to Tsai's inauguration. Tsai’s tenure as chairman of Mega Financial is also under investigation and Tsai has been barred from leaving the country. Tsai resigned from his current position on the board of directors at Cathay Financial Holding as well, claiming that this was because of health reasons and because he did not want to interfere with Cathay’s operations.

It is to be noted that both McKinney Tsai and Shiu are influential figures who have held high level positions at many financial institutions in Taiwan. In the past, Shiu has served as chairman of the similarly partially state-owned Hua Nan Financial Holdings and held senior positions at the partially state-owned Chiao Tung Bank and the state-owned Land Bank. Tsai has in the past been been president of Taiwan Cooperative Bank, held senior positions at Chiao Tung Bank and the Taiwan Futures Exchange Corp. As a member of government, Tsai served as the Deputy Director of Division of International Banking, Domestic Banking and Planning & Regulation of Bureau of Monetary Affairs at the Ministry of Finance, and as Assistant Director of The Department of Control and Evaluation Research of the Development and Evaluation Commission of the Executive Yuan.

It is feared subsequently after the scandal that Taiwan’s rating by the Asia/Pacific Group on Money Laundering will be lowered. No doubt, the scandal will negatively impact Taiwan and contribute to Taiwan’s reputation as a haven for money laundering. While a task force has been formed by the Financial Supervisory Commission to investigate Mega Bank under orders from Lin Chuan, this has been criticized for potentially having the same conflicts of interest which would lead this task force to act in defense of Mega Bank. New Power Party legislator Huang Kuo-Chang criticized this for being no different from that Shiu Kuang-si originally was the one allowed to conduct the investigation of Mega Bank’s New York branch, never mind that such violations occurred under his watch begin with. Namely, the task force would ultimately be subordinate to the Ministry of Finance which is, of course, the majority owner of Mega Bank to begin with.

There are some signs that the investigation has already moved in a direction to defend potentially guilty individuals, with Deputy Minister of Finance Su Jain-rong stating that there are no plans to level charges against Tsai. Though speculative, it may also be raised that investigation task force also includes individuals who similarly may have a conflict of interest as including a number of officials involved in the same state-owned or partially state-owned enterprises as Shiu and Tsai, including individuals passed over for leadership of Mega Financial as former finance minister Joseph Lyu, and former Land Bank of Taiwan and First Commercial Bank of Taiwan officials.

The Mega Bank scandal is one which is still unfolding. Nevertheless, the scandal is one which will not simply be a case of KMT corruption being discovered as some previously assumed, but one in which—as with transitional justice legislation and KMT party asset legislation—how the Tsai administration handles the case will be a test of whether it continues or breaks with Ma administration practices. Depending on how it handles the case, the case is one with high potential to alienate segments of the pan-Green camp from the Tsai administration.